Where is Oliver Cromwell buried? First at Westminster Abbey but his head was later reburied at Sidney Sussex College, Cambridge 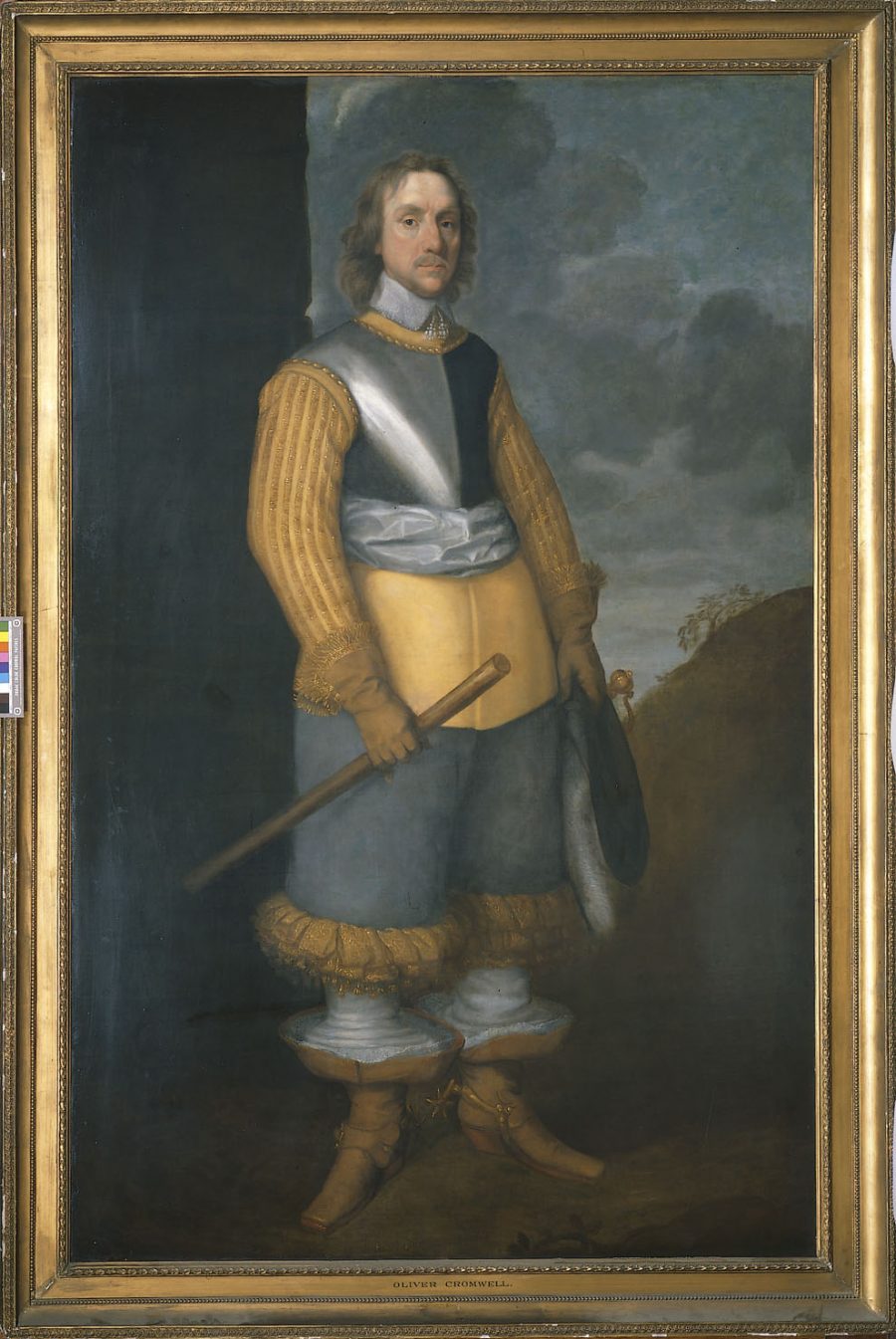 Oliver Cromwell is one of the most fascinating and controversial figures in British history. An MP for Huntington, Cromwell became a soldier in 1642 when the Civil War broke out. His military success led to his growing importance, which ultimately resulted in him becoming Lord Protector in 1653. 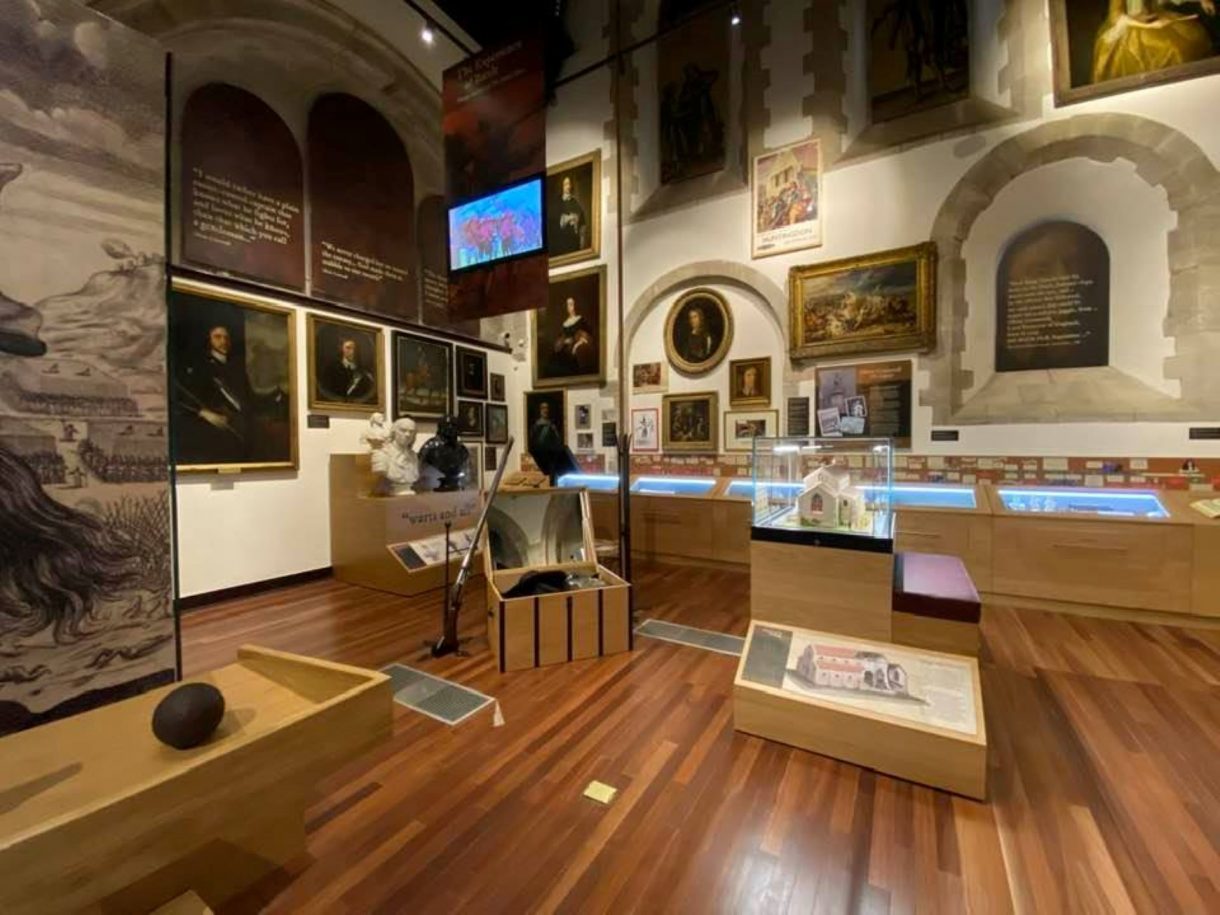 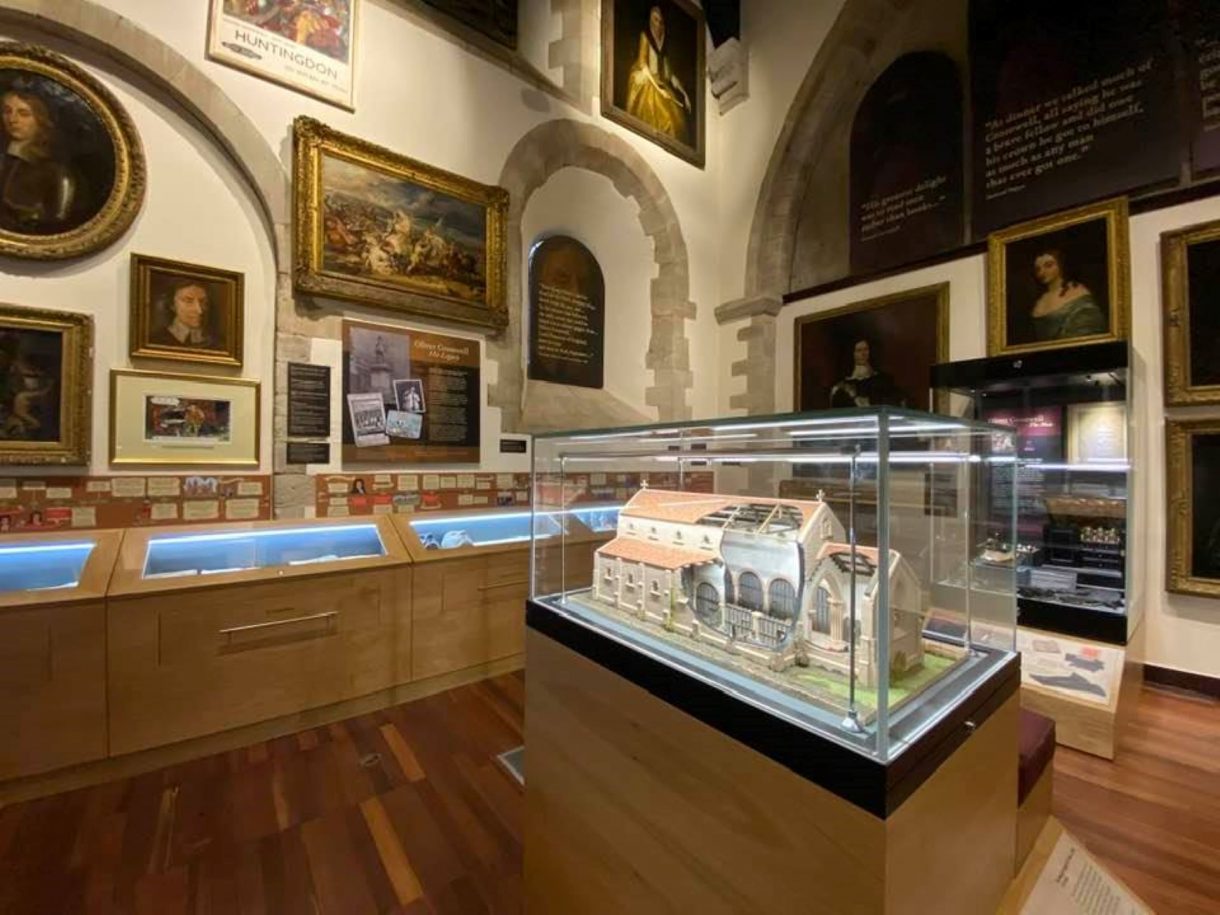 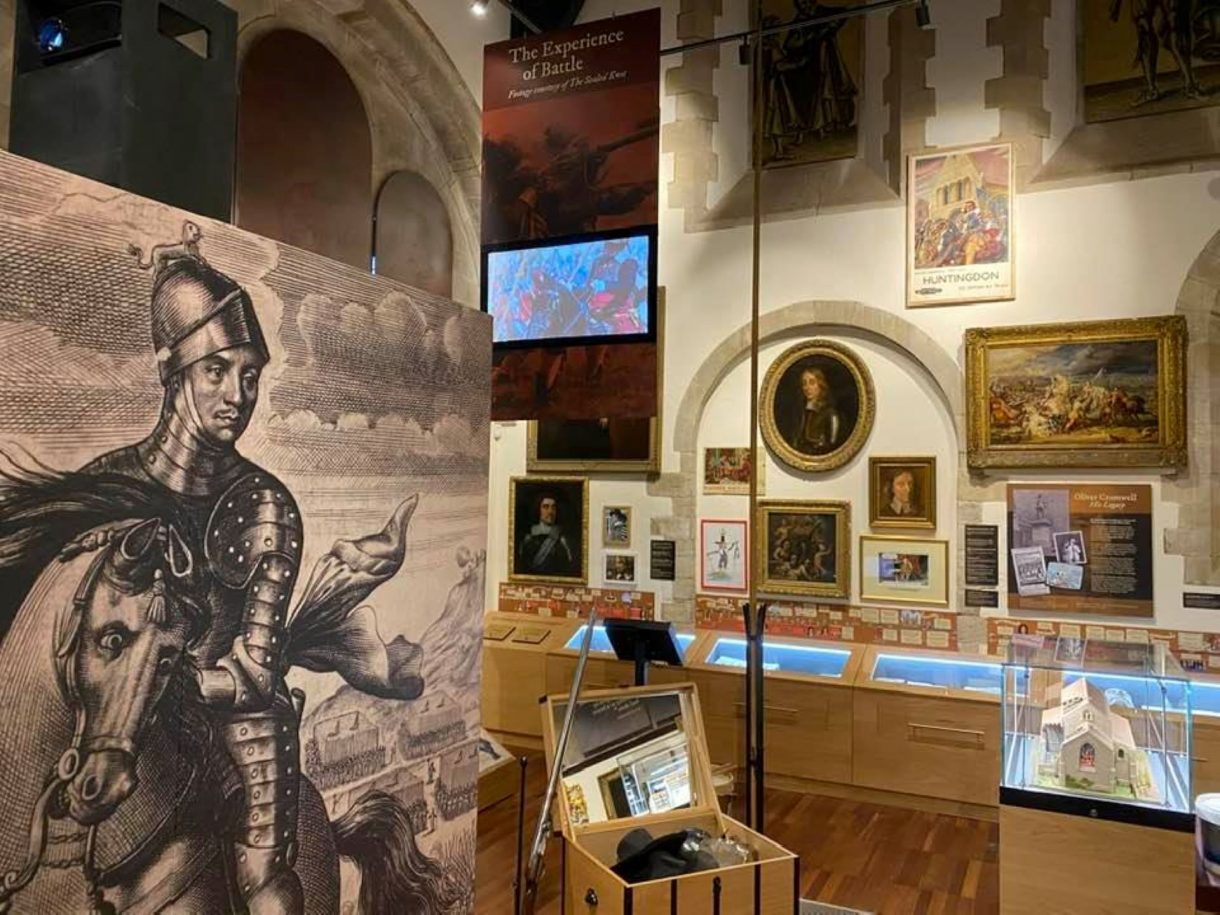 Oliver Cromwell was born in Huntingdon in 1599. He was from a moderately wealthy family and went to school in the building which is today the Museum, then to University in Cambridge. He left University early when his father died, then spent time in London where he met his wife Elizabeth. They married in 1620 and went on to have 9 children, although they moved from Huntingdon to St Ives in 1631 as they were having money worries. Cromwell worked as a tenant farmer there, until he inherited property from his uncle in Ely in 1636 which restored his fortunes.

Cromwell was elected as MP for Cambridge in 1640. He supported Parliament in its disagreements with King Charles I. When Civil War broke out between the King and Parliament in 1642, Cromwell became a soldier, despite being aged 43 and having no experience. He found that he had a natural talent and was very successful, becoming a leading soldier in Parliament’s armies. He helped win the Battle of Naseby in 1645 which was the turning point in the war.

Once the King was defeated, Cromwell was involved with negotiations with the King for a political settlement, and with soldiers in the army who wanted a greater say in government. The King escaped and, although he was recaptured, war restarted. Cromwell helped defeat the King’s forces then, like many in Parliament and the army, pushed for King Charles to be put on trial for treason against his people. The King was found guilty and executed on 30 January 1649. England was now a republic.

Cromwell was sent out to Ireland in 1649 to put down a rebellion there, which he did in brutal fighting; this period of his life is very controversial and he is hated by many people in Ireland even today.

On his return 9 months later, Cromwell fought against Royalists in Scotland and England bringing the Civil Wars to an end. In 1653 he closed down Parliament; like many people he felt that MPs were not doing their job properly. Over the next few months a written constitution – the world’s first – was drawn up, setting down the rules by which Britain was to be governed. A new Parliament was to be called, and a new head of state called a ‘Lord Protector’ put in charge. Cromwell was the first Lord Protector.

Under Cromwell there were some changes in government, the navy and army strengthened and stability restored after years of war. Religious toleration was allowed for many groups for the first time, including the Jewish community who had been banned from England for over 350 years. There were some disastrous foreign wars though, and a failed attempt at military government.

Oliver Cromwell died of ill health on 3 September 1653. He was buried in Westminster Abbey. Less than 2 years after his death the monarchy was restored. Vengeful Royalists ordered Cromwell’s body dug up, hung and beheaded. His head was stuck on a spike outside Westminster Hall, but was later stolen and passed through various owners. Eventually it was buried in Cambridge in 1960.

The Cromwell Museum holds the best collection of objects relating to the life and times of the 17the century soldier and statesman Oliver Cromwell (1599 – 1658) on public display in the world. The collection comprises nearly 1000 items, including portraits, clothing, miniatures, arms and armour, and historical documents written by or about Cromwell. The Museum is located in the former Huntingdon Grammar School building, which was where both Oliver Cromwell and Samuel Pepys went to school.

Oliver Cromwell born in Huntingdon on 25 April
1599
Cromwell attends Huntingdon Grammar School (the building for which is today the Museum)
1610 - 1616
Cromwell attends Sidney Sussex College, University of Cambridge
1616 - 1617
Cromwell marries Elizabeth Bourchier
1620
Cromwell serves as MP for Huntingdon
1628 - 1629
The Cromwell family move from Huntingdon to St Ives, Cromwell is a tenant farmer
1631
Cromwell inherits property in Ely which restores his fortunes; moves to Ely (his home is today Oliver Cromwell’s House in Ely)
1636
Cromwell elected as MP for Cambridge
1640
The Civil War breaks out; Cromwell serves as a Captain of Cavalry in Parliament’s forces
1642
Cromwell promoted to Colonel; raises his regiment of cavalry known as the ‘Ironsides’ in Huntingdon
1643
Cromwell now commanding Parliament’s cavalry in the East of England, fights at the Battle of Marston Moor
1644
Cromwell pushes through the ‘self-denying ordinance’ in Parliament, sacking incompetent generals and reforming its army
1644 - 1645
Cromwell made second in command of the ‘New Model Army’; helps win the battle of Naseby
1645
King Charles I defeated and surrenders to Parliament
1646
Cromwell chairs the Putney Debates; discussions with the Levellers (soldiers who want political reform)
1647
Second Civil War; Cromwell wins the Battle of Preston
1648
King Charles I put on trial and executed on 30 January
1649
Cromwell leads an army in Ireland, including bloody and controversial sieges of Drogheda and Wexford
1649 - 1650
Cromwell returns to England; defeats a Scots army at the Battle of Dunbar
1650
Last Royalist army defeated at the Battle of Worcester; end of the Civil Wars
1651
Cromwell ejects Parliament; a written constitution, the ‘Instrument of Government’ is drawn up; Cromwell becomes Lord Protector
1653
Peace settled with the Dutch government; an expedition against Spanish colonies (the ‘Western Design’) is launched but proves unsuccessful
1654
A Royalist uprising is put down; military government is brought in (‘Rule of the Major Generals’) but cancelled after a year
1655
religious toleration for many Protestant sects, and the Jewish community allowed to resettle; naval victories against Spain
1656
Cromwell is asked to become King by Parliament; after much debating and agonising he refuses
1657
Cromwell dies on 3 September of a combination of exhaustion, malaria, kidney stones and grief at his daughter’s death. He is buried at Westminster Abbey
1658 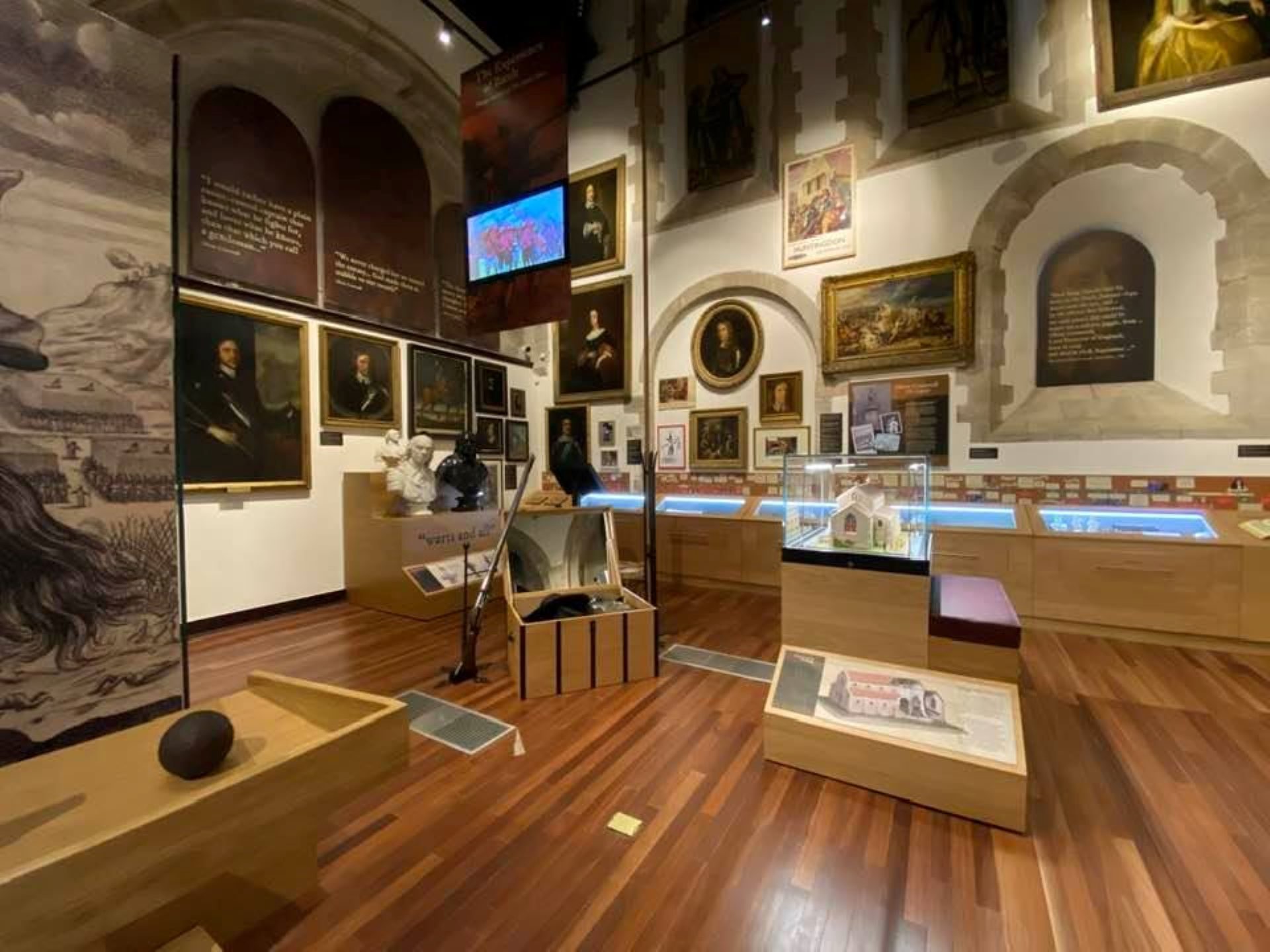 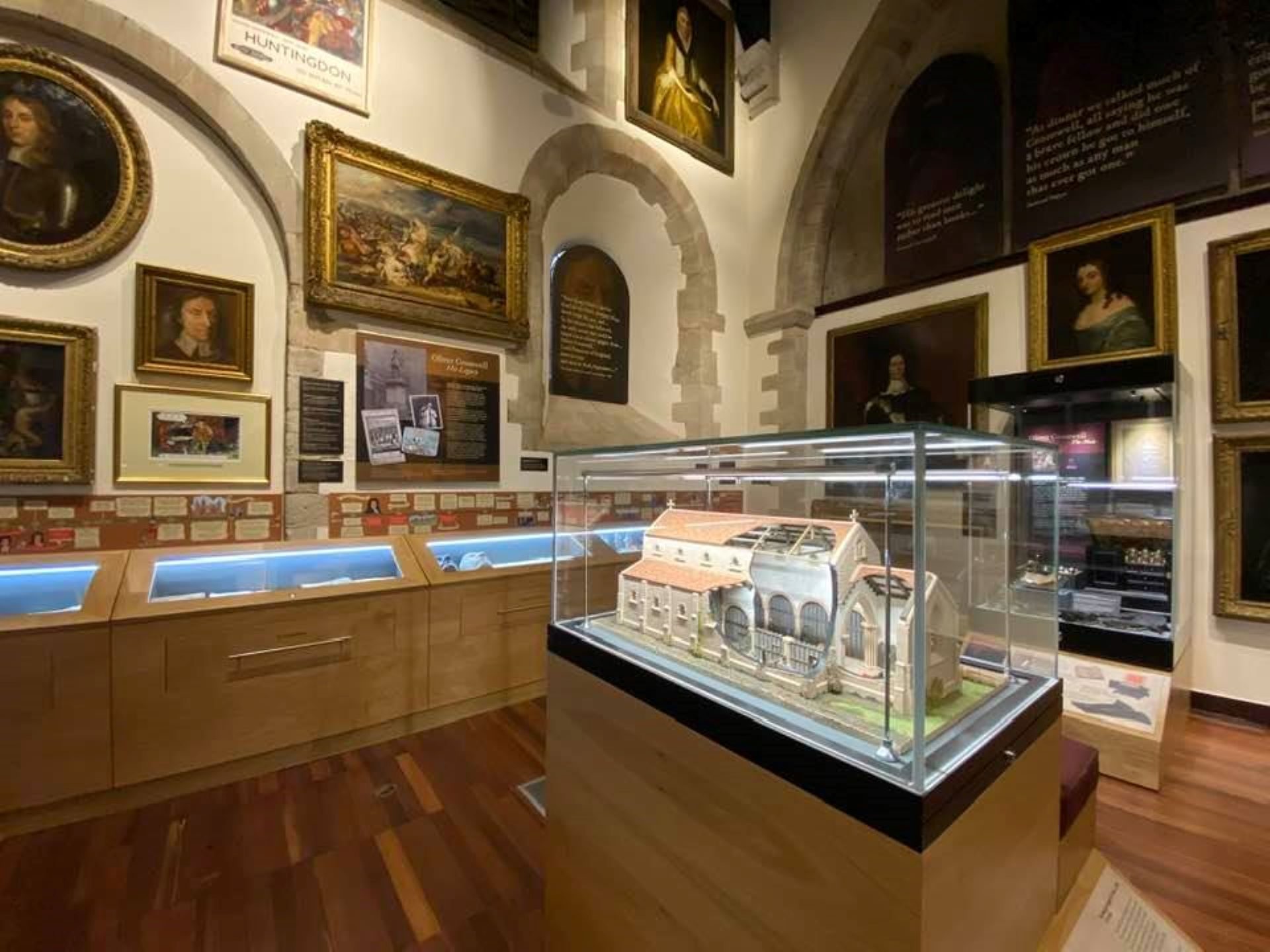 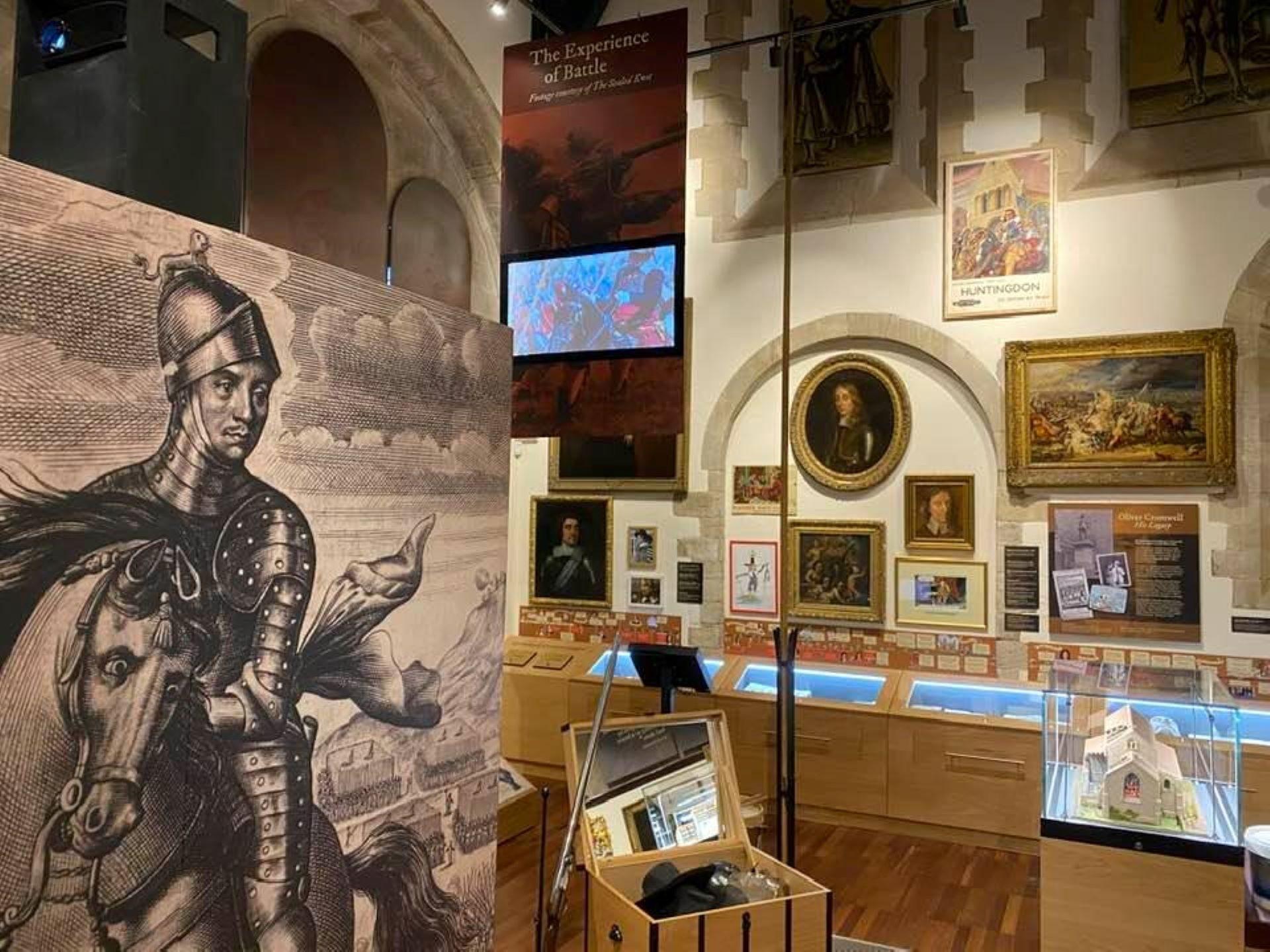