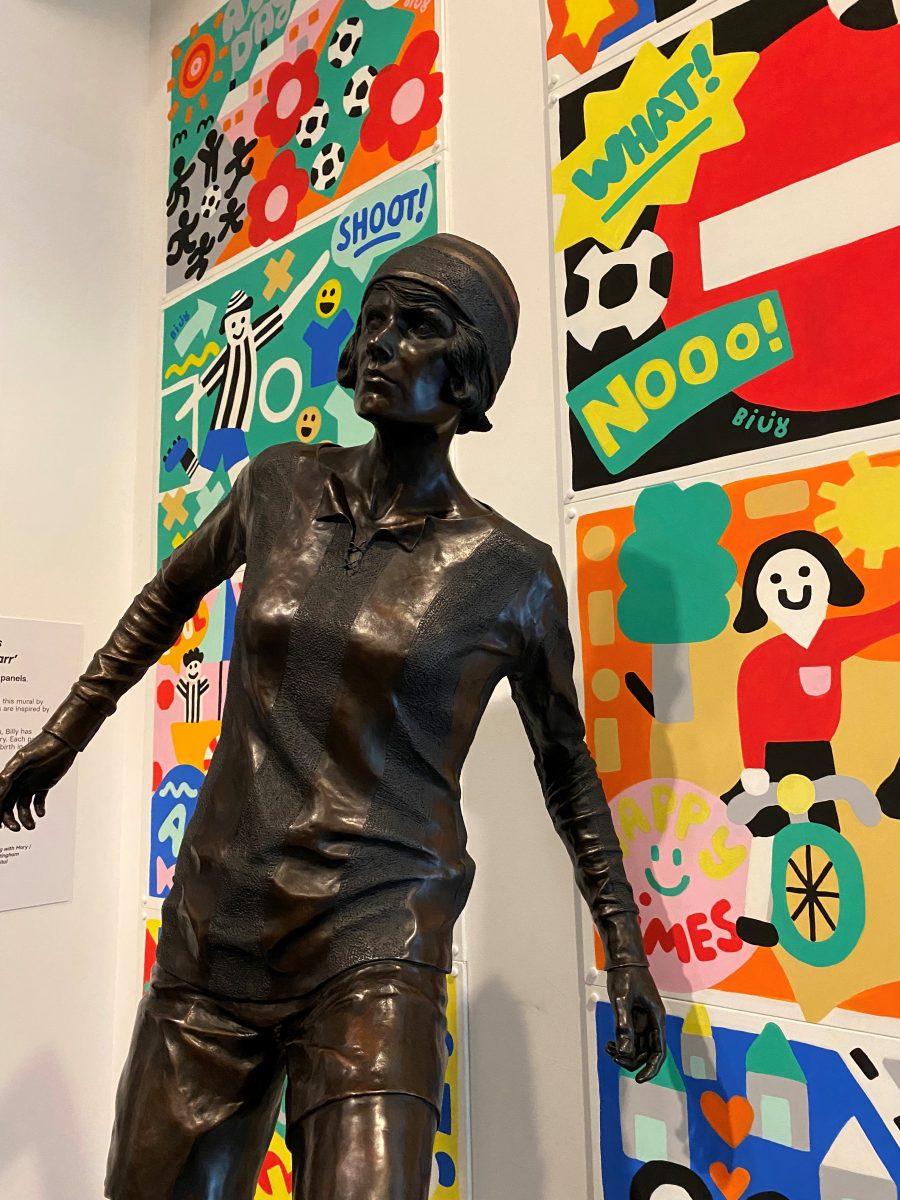 Lily Parr is one of England’s greatest football players. During the First World War, she and other working-class women seized the chance to play football. Despite the Football Association Ban of 1921 she played on, scoring around 1,000 goals in a thirty-year career between 1919 and 1951. Lily Parr is a History Maker for her impact and her legacy on the game. 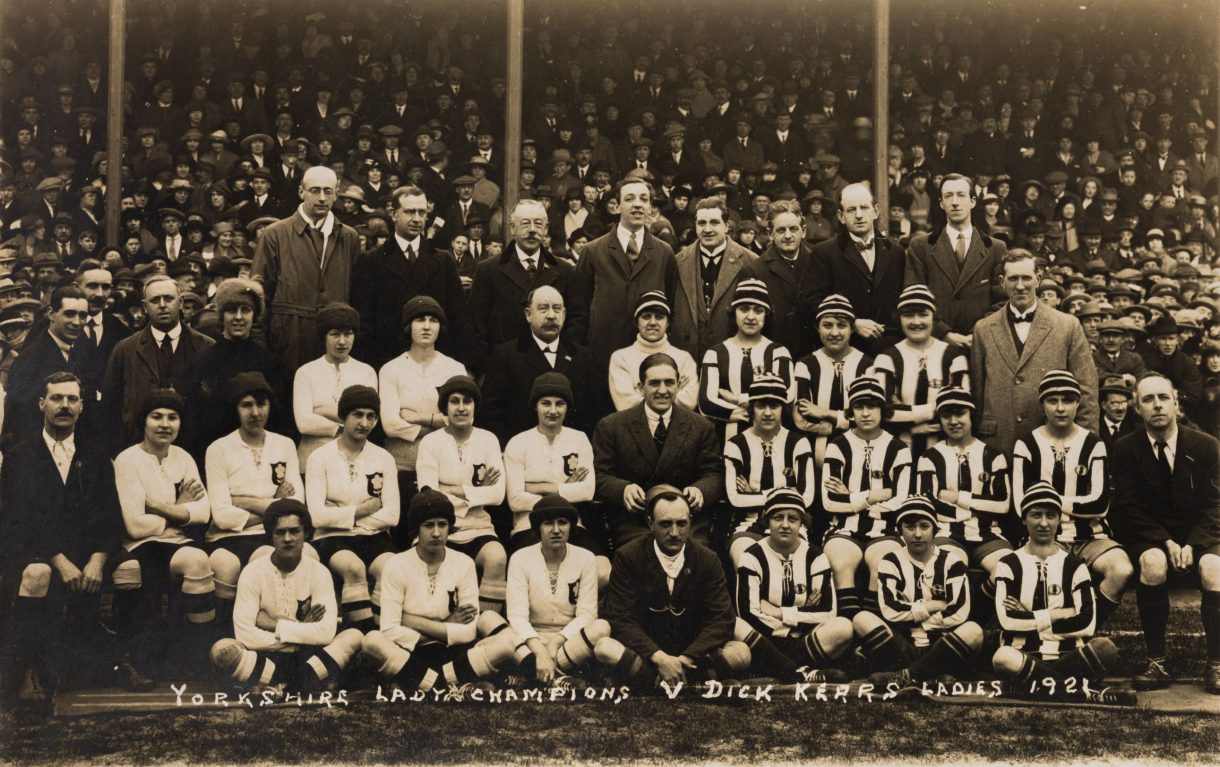 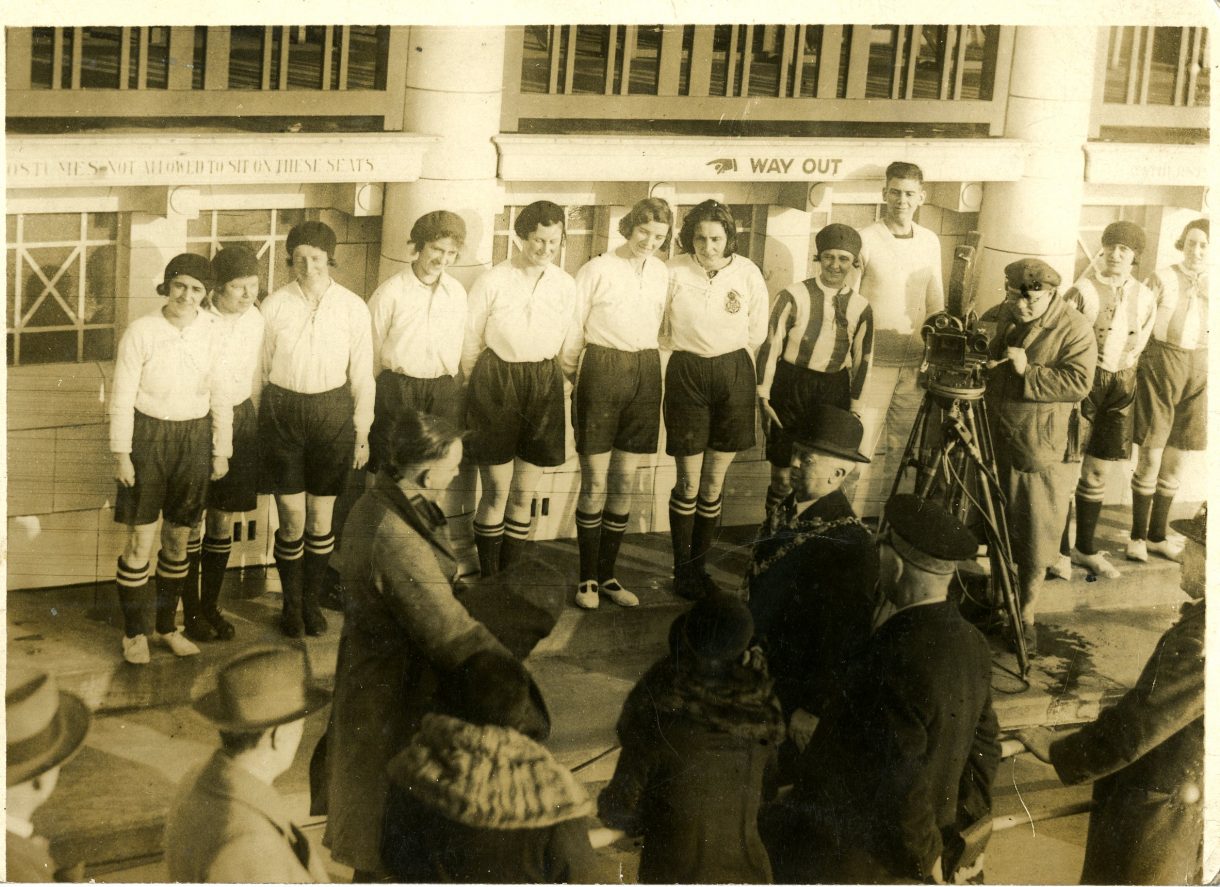 Lily Parr played for the most successful and famous women’s team of the time: Dick, Kerr Ladies. This Preston works team played their first game on Christmas Day 1917. By 1921 they had played 123 games, attracting over one and a quarter million spectators and raising large sums of money for charity. A clever and technically gifted player, Lily became one of the stars of the team.

Their success was not welcomed by everyone. In December 1921, the Football Association declared the game ‘unsuitable’ for women. It banned its clubs from hosting their games, making it very hard for women to play and attract large crowds. The ban was not fully lifted until 1971 and has had a long-term impact on the development of women’s football.

Lily and others continued to challenge stereotypes about women’s role in society, showing that they had the ability, and the right to play. In 1951, Lily was still playing, encouraging a new generation of players to take up the game.

Since her death in 1978, Lily Parr has been recognised as a pioneer of the women’s game and is an inspiration to many communities.

Lily Parr is born in the working-class community of St Helen’s, the fourth of seven children.
1905
Lily joins the St Helen’s Ladies football team at the age of 14.
1919
Lily and her team-mates play in front of a record crowd of 46,000 people at Goodison Park.
1920
Lily travels to North America to play international football as a part of a representative England team becoming one of the first English women to do so. She would continue to play international football into the 1930s.
1922
Lily retires from the Preston Ladies at the age of 46.
1951
Lily dies after living her retirement in Preston.
1978
Lily Parr becomes the first women to be inducted into the English Football Hall of Fame.
2002
Lily Parr becomes the first female football player to be commemorated in a statue at the National Football Museum.
2019 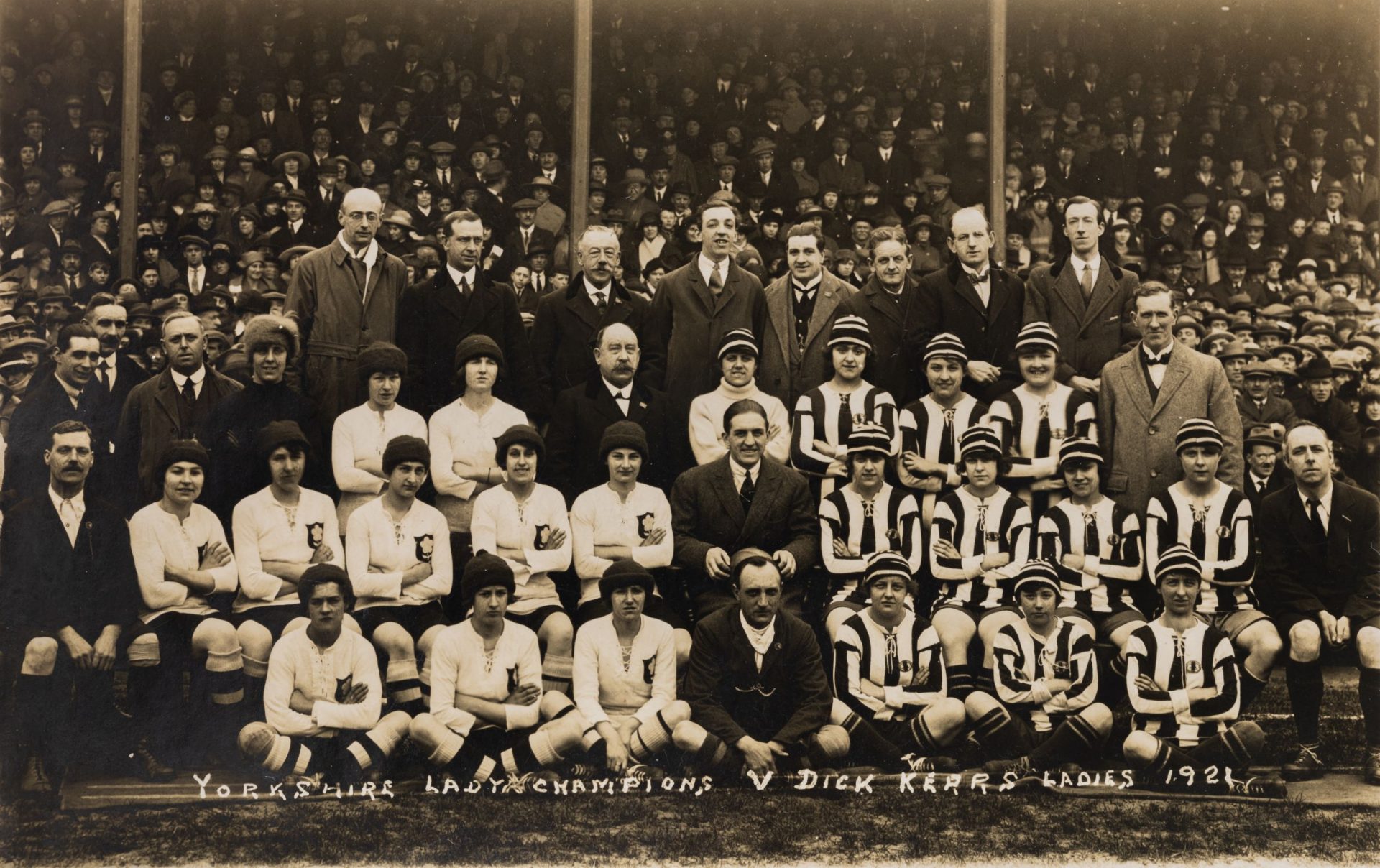 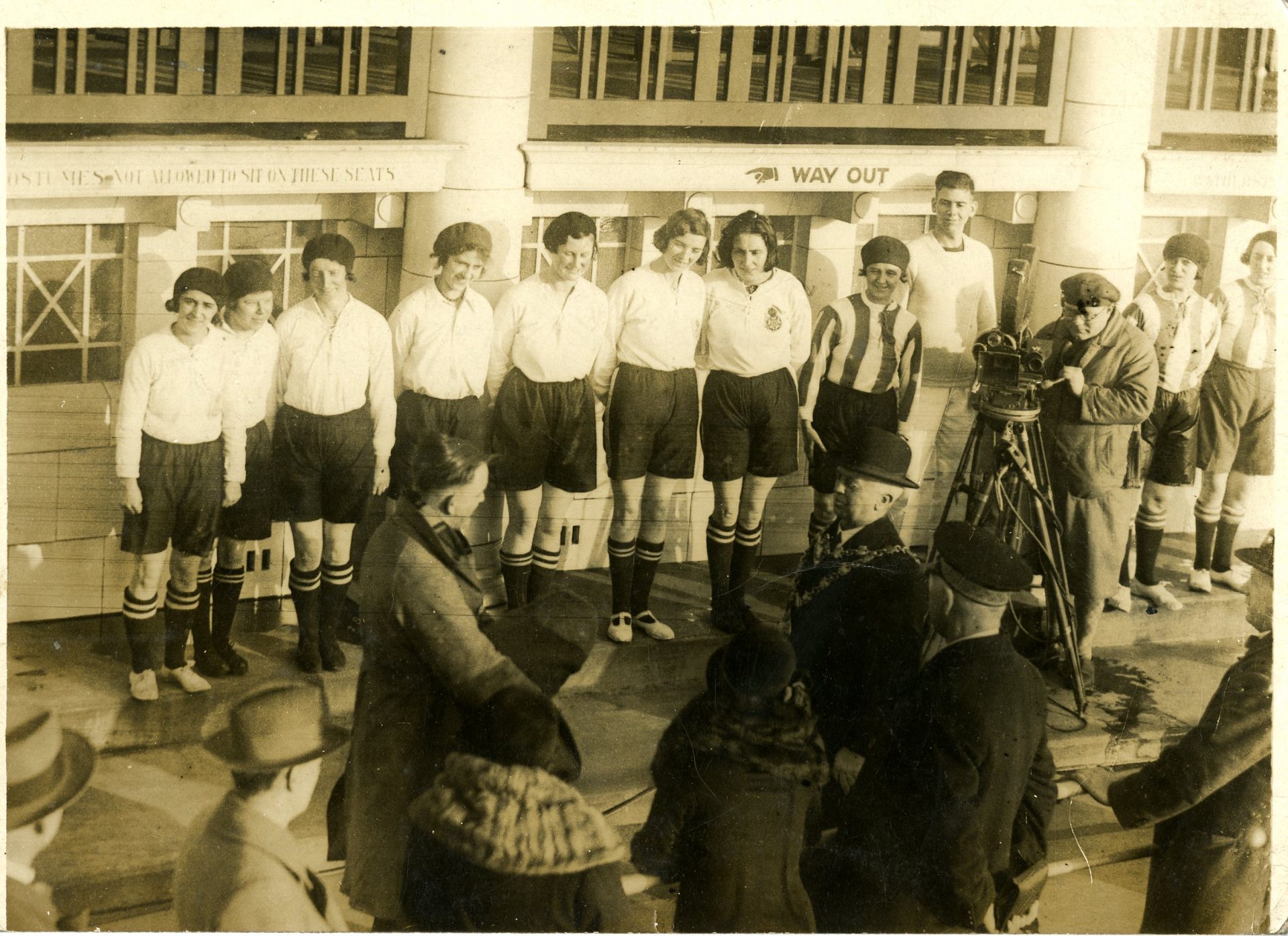